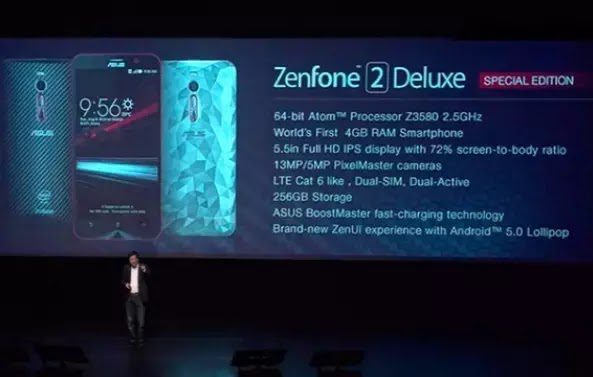 Yesterday in Brazil ASUS has announced a smartphone ZenFone 2 Deluxe Special Edition, which has been confirmed by the ASUS company That the phone will have an  expandable internal memory of 256 GB. That should be more than enough for storing photos, videos, applications, games and other user files. The smartphone will go on sale with an exclusive version of the game Asphalt 8 and in two colors. Also the phone will supports two SIM-cards and wireless charging technology with ASUS BoostMaster.

The device will go on sale in Brazil next month, but the exact release dates for other region is still unknown.