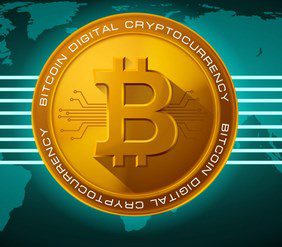 Here is my 7 main reasons why bitcoin was created, and it Pros and advantages over our indigenous banking system today.

Contents hide
1 1. To stop Monetary manipulation by banks:
2 2. Society needed an alternative to the regular financial system:
3 3. Society needs a more faster and secured transfer of money:
4 4. To Create a decentralized payment system:
5 5. To Use worktime instead of workforce for transactions:
6 6. High level of transparency:
7 7. To create value instead of money:

1. To stop Monetary manipulation by banks:

Banks control our monetary supply and have driven the value of our currencies and our real purchasing power to a fraction of what they were 10 years ago. One of the fundamental elements of Blockchain is that the manipulation of monetary supply is not controlled by a ‘trusted’ third party. Blockchain uses a decentralised distributed ledger, which allows for instant global transactions that are verified by everyone at the same time. Making it almost impossible to duplicate or fraudulently manipulate. People can send transactions whenever is convenient for them, and won’t be limited by the banks operational hours. Bitcoin is independent from any central bank or any sort of manipulation by any government on the planet. People who use and create Bitcoin are those who are in charge of its future.

2. Society needed an alternative to the regular financial system:

When Satoshi Nakamoto invented Bitcoin peer-to-peer transaction system, society got the best alternative yet. Now, everyone can try his luck with day-trading, mining, etc. Important part is that today we have stabile digital currency that is used all over the world for transactions of all sorts. Now, people have an alternative. They can store value or trade with it without any control of the elite parts of the global society.  The 2008 financial crisis was the worst economic disaster since the Great Depression. Lehman Brothers, a popular bank, declared bankruptcy holding over $600 billion in assets. It was created after this crisis as a way for users to take control of their money, instead of trusting the financial system.

3. Society needs a more faster and secured  transfer of money:

It also happens to be faster then the way banks transfer money. It was also used as a way to transact while anonymous. We later find out Bitcoin isn’t as anonymous as we thought, but newer altocoins (such as XMR, monero) were created to solve the issue. Bitcoin is the first global, decentralized currency that allows you to send money from one person to another without involving a third party broker, such as a bank. You only need your computer to make transactions because Bitcoin is fundamentally software. As a decentralized currency, Bitcoin isn’t controlled by anyone. It’s open so that anyone can benefit from it. You might think that the lack of control could mean chaos, but that’s not true at all. That’s because Blockchain, the technology behind Bitcoin is one of the most accurate and secure systems ever created.

4. To Create a decentralized payment system:

Bitcoin created decentralized trust. Understanding the implications of this are critical in understanding bitcoin.
As OP described wonderfully above, our current system relies on a bank to act as a trusted third-party when two parties are transacting. For example, when I swipe a debit card at a store, the bank tells the store that I have enough funds to pay for my items. The store trusts the bank response, thus trusting me to walk out of the store with merchandise and that they will be paid. Bitcoin shows that trust doesn’t need a centralized third-party (i.e. banks) to establish trust. You can have a decentralized network of trust instead. People can easily, safely, and securely transact on this network of decentralized trust. This is ground breaking. It completely disrupts a major value proposition for banks.

5. To  Use worktime instead of workforce for transactions:

Bitcoin uses worktime of a huge network of computers. to guarantee transactions.The fact that grantee is based on worktime and not workforce is supposed to prevent hacking from becoming trivial because of augmentation of computers power. But indexation on worktime also means that bitcoin safety is directly backed by energy consumption. As long as computer power rises, their energy consumption rise alike.
If the cost of energy rises, then the difficulty will adjust downwards, meaning less energy is needed and mining would become profitable again. So if the mining reward is X dollars worth per block, close to X dollars will be spent on electricity for mining. Because if miner A don’t spend more on mining when it’s profitable, then miner B will in order to claim more of the reward. And if it becomes unprofitable, everybody scale down mining until its profitable again.

This is interesting. What I find quite interesting in BTC is the level of transparency that it provides. At any point in time, one can know how much “money” has been created, for sure . This is an essential difference with fiat (as well as precious metals btw). Blockchain technology — comes in the form of creating a completely transparent trading system. However, not only does the blockchain act as a public ledger for every financial transaction on the bitcoin network, it can also be adapted to suit other needs such as file storage, property ownership, trading of assets, or even verifying the manufacturing process of medicine.

You can send money to anyone else in the world at little to no cost — and gives you the ability to track this payment to the recipient financial details broadcasted on a public ledger for anyone to see. That is completely understandable, but you have to keep in mind that everyone is pseudonymous on the bitcoin network — there’s no reason to think that anyone else will find out who are you if you don’t want them to. Your wallet address is what links the transaction, but there is no name or physical location attached to the address itself.

The transparent nature of bitcoin and blockchain technology is beneficial in so many ways to so many people. With more and more companies and developers focusing on additional uses for the blockchain outside of the financial space, you never know what might be in store next. And if you have a good idea, why not join in, and see where it leads?

7. To create value instead of money:

Bitcoin isn’t actually creating money, it’s creating value; it helps to think of it as a physical thing. Whenever someone mines Bitcoin and they get paid in bitcoin, no money is actually created. That person now has 1 bitcoin, not $1200 or whatever the cost of a bitcoin is. That bitcoin can exchange hands as many times as it likes, it’s still a bitcoin. If they would like to exchange that bitcoin for money, someone has to be willing to buy it. If someone does buy it, they give that person USD and get BTC. If one bitcoin is worth $7000, the person hands over $7000 and gets 1 bitcoin. No new money is created, that person just traded money for bitcoin. Its a lot like stocks in the fact that they can go up and down pretty arbitrarily. When a stock goes up, no new money is created; the stock price just represents what someone is willing to pay for it. Bitcoin is the same way.