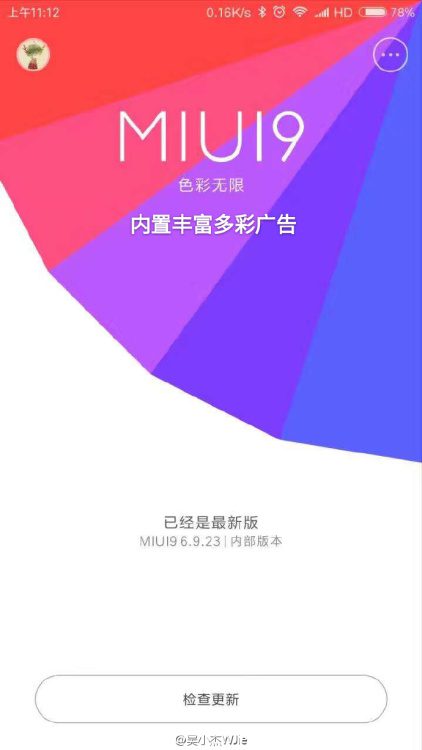 A popular Chinese social network known as Weibo published a screenshot of the MIUI 9. According to the information we have, the MIUI 9 will be based on the latest Android 7.0 Nougat.

The material design has not changed much in this upcoming version, it is still going to be the same flat design. This is because the Xiaomi smartphone is based on the Chinese market and the desire of users in this market is very specific.

The screenshot has the system version: MIUI9 6.9.23. According to Tech Updates, the MIUI 9 is scheduled for release in December this year or January 2017. Below are the list of Xiaomi Smartphones that will receive the update:

This is a very good development by the Chinese company, considered the fact that MIUI 8 was released May 10 of this year. However this information cannot be trusted, it might take 7-8 months for this development to be stable. Xiaomi is also still working on the Mi Note 2, so users can only wait and hope that the news are true.