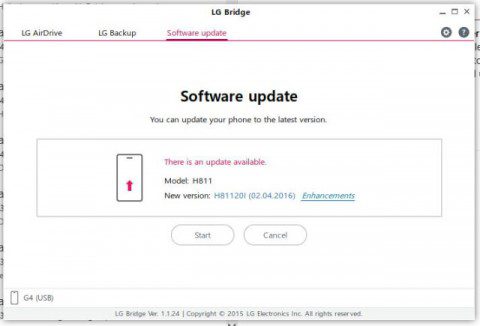 The LG G4 smartphone owners who still have not received the long-awaited update to Android 6.0 Marshmallow “over the air”, can now install it manually. Many users have report that installation of the new version of android 6.0 is possible through the official LG Bridge utility for PC.

So if you were wondering how to update, you will need to plug your phone to your computer in order to get it. We expect that eventually it will be available via an OTA update, but for now if you absolutely need the update and don’t want to wait for its OTA release, then this is one way to go about it.

Features of the New upgrade:

Knock Code Settings:
Knock Code is to be updated to offer a better experience for the latest OS. You must now have at least 6 taps and use 3 different quarters in your knock code.
To unlock the screen, the knock code for the current user can only be used.