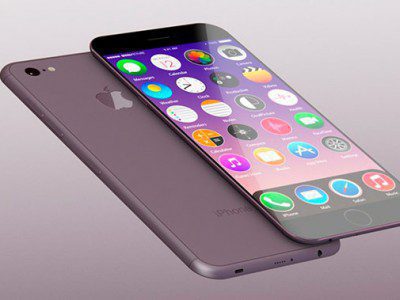 The Rumors about a new iPhone 7 and 7 Plus have been around for some time. For example, we recently heard that this new iphone will be having protection from dust and moisture and we also expect the 3.5mm earphone jack to be removed. A new accessory for the Lightning port will offer a solution for those who want privacy while listening to audio. The Touch ID might also be embedded into the display, and the iPhone 7 Plus will have 3GB of RAM.

Another new rumor can be added to the list, this one also involving the larger screened iPhone 7 Plus. According to a report out of China published today, Apple will be offering a version of the phone with 256GB of native storage. That is double the 128GB that tops the amount of internal memory available on the Apple iPhone 6s and Apple iPhone 6s Plus. To put that in perspective, the OG Apple iPhone offered buyers 4GB, 8GB or 16GB of ROM.

Even though a recent China Mobile road map showed that a 4-inch Apple iPhone 7c might be released in April, we don’t expect to see the iPhone 7 and iPhone 7 Plus to see the light of day until September 2016.