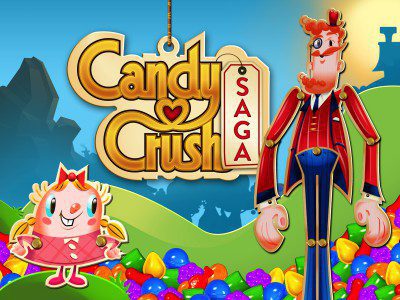 Activision Blizzard has bought King, the company behind Candy Crush Saga, for $5.9bn.

That’s $18 in cash per share, according to the announcement on the matter. The details are still being sorted, but Activision is expected to complete the acquisition by spring 2016.
“Activision Blizzard believes that the addition of King’s highly-complementary business will position Activision Blizzard as a global leader in interactive entertainment across mobile, console and PC platforms, and positions the company for future growth,” the publisher said.
Activision noted that due to this acquisition the expanding publisher will have two of the top five highest-grossing mobile games in the U.S. (Candy Crush Saga and Candy Crush Soda Saga), the most successful console franchise worldwide (Call of Duty), and the most popular computer franchise (World of Warcraft).
“The combined revenues and profits solidify our position as the largest, most profitable standalone company in interactive entertainment,” said Activision Blizzard CEO Bobby Kotick. “With a combined global network of more than half a billion monthly active users, our potential to reach audiences around the world on the device of their choosing enables us to deliver great games to even bigger audiences than ever before.”
Source: eurogamer