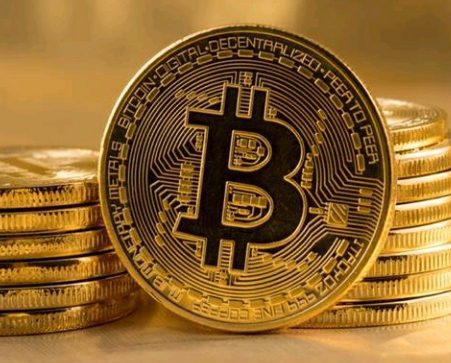 Bitcoin is a digital currency that was created in 2008 by “Satoshi Nakamoto.” It’s exchanged electronically, it’s tied to no banks, and no central authority controls it. That’s strange enough. But one of the strangest things about the currency is that Satoshi Nakamoto’s true identity has never been confirmed. And “Nakamoto” — whether that’s an individual or a group of people — is estimated to own up to 5 percent of the total supply of the currency. That’s not just a lot of money; it’s a potentially dangerous amount of power.

A few months prior to bitcoin’s launch in January 2009, Nakamoto wrote a white paper titled “Bitcoin: A Peer-to-Peer Electronic Cash System.” The paper included citations from collaborators, but Nakamoto never revealed their identity while communicating with them over email. On their P2P Foundation profile, Nakamoto claimed to be a Japanese man born on April 5, 1975. But searches for that identity came up with nothing, and the birthdate was fishy: April 5 was the date President Franklin D. Roosevelt signed executive order 6102 forbidding the hoarding of gold by U.S. citizens (in 1933), and 1975 was the year gold ownership once again became legal for U.S. citizens. Coincidence? Perhaps not, as this is just one of many easter eggs allegedly hidden by Nakamoto in their correspondence with others.

Bitcoin enthusiasts have come up with a few theories about Satoshi Nakamoto’s identity. Nathaniel Popper wrote at length in the New York Times why he believed Nick Szabo, creator of a bitcoin predecessor called “bit gold,” was a likely candidate, but Szabo has vehemently denied that he is Nakamoto. In 2014, Newsweek writer Leah McGrath Goodman attempted to identify Nakamoto as a Japanese American man from California named Dorian Satoshi Nakamoto, as his birth name was similar and he had experience as a systems engineer and in financial information services. But Dorian Nakamoto fiercely denied the claim, and Satoshi Nakamoto’s P2P foundation account even posted “I am not Dorian Nakamoto.” And before you ask: yes, Elon Musk has denied that he could be Satoshi Nakamoto.

An Australian entrepreneur named Craig Wright has claimed to be Satoshi Nakamoto, but his claim has been met with much skepticism. If Nakamoto ever did reveal his/her/their true identity, it could prove dangerous: owning around five percent of the entire supply of the cryptocurrency, or roughly 1 million bitcoin, lends the owner great power. Bitcoin’s exchange rate is famously volatile, so we won’t tell you how many U.S. dollars that would be worth because it will probably be different by the time you read this. But if you multiply bitcoin’s current price by 1 million, then you might see a pretty huge number.

This is exactly why many believe that revealing Nakamoto’s identity is important. Cryptocurrency Professor Matt Green told CNBC that Nakamoto has the power to tank the currency if they want to. Because part of bitcoin’s value comes from its scarcity (only 21 million bitcoins can ever be mined), Nakamoto could cause the price of bitcoin to tank by selling a large piece of the stash in that million-bitcoin wallet. And while others agree that uncovering Nakamoto’s identity could have a huge impact on bitcoin’s economics and internal politics, there’s something kind of poetic about the creator(s) of the world’s first decentralized digital currency remaining a mystery.