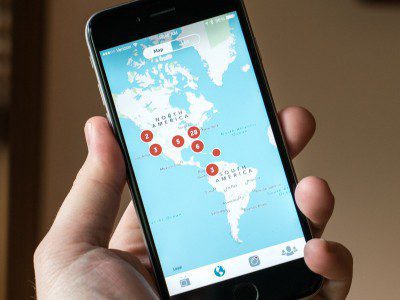 It near the end of the year, and Apple is now ready to draw some conclusions.Today apple named the best games and the best application for the iPhone. This year the award goes to the leading app in the apple store a software called PERISCOPE, and the best game of 2015 is Lara Croft GO.

In addition, Apple also named Instagram as the best apps for the iPhone 6S. The three most popular paid apps in the US App Store section is: Heads Up !, Fantasy Premier League 2015/16 and Minecraft: Pocket Edition.

WhatsApp is the leader in the free application section, while Facebook Messenger,Clash of Clans, Candy Crush Saga and Spotify were named the top in the Top grossing apps section.

Top 10 best games 2015:
In addition, the company named the most popular content in other sections: