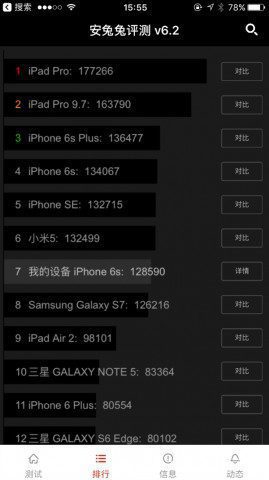 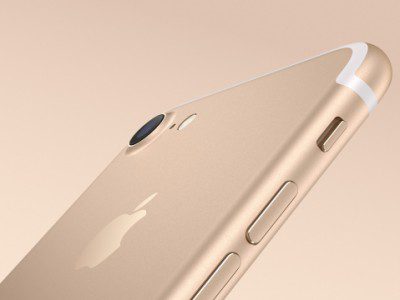 With the release of each new smartphone, Apple will always announce every time that it is the fastest iPhone, which they have ever done. This year was no exception. The new iPhone 7 and iPhone 7 Plus is equipped with quad-core A10 Fusion processor, which the manufacturer calls the most powerful mobile chipset.
It is 40% stronger than the A9 processor, in the iPhone 6S, the graphics performance has increased by 50%. According to the new AnTuTu performers test, Apple has once again managed to regain the title of the most powerful smartphone  manufacturer in the world .The new iPhone 7 scored a whopping 178,397 points benchmark in AnTuTu test.

iPhone 7 is more faster than the latest dual-core processor A9X 2.26GHz, iPad Pro 12.9-inch And the Latest realesed Galaxy S7 Edge Flagship by Samsung.
For comparison, all top-end Android smartphones, such as OnePlus 3, Vivo Xplay 5 Elite and LeEco Max 2 and others can only achieve about 140,000 points AnTuTu benchmark.