3. The curse on the crew of The Omen

The Omen is one of the most famous horror films of all time. The 1976 feature film tells the blood-curdling story of the son of an American ambassador, who in fact turns out to be the son of the devil. However, it seemed that the film crew was also haunted by evil. The hotel in which the director was staying was the target of an attack by the IRA. Lead actor Gregory Peck and screenwriter David Seltzer were in 2 different planes towards England. Lightning struck both planes.

Completely enigmatic was the car accident of John Richardson, who was responsible for the special effects in the film. In this accident, his girlfriend was beheaded. Also in the film, several characters are killed by beheading. Coincidence or not? In any case, these mysterious events fed all kinds of rumors about a curse on the film crew.

4. The curse of Sarah Good 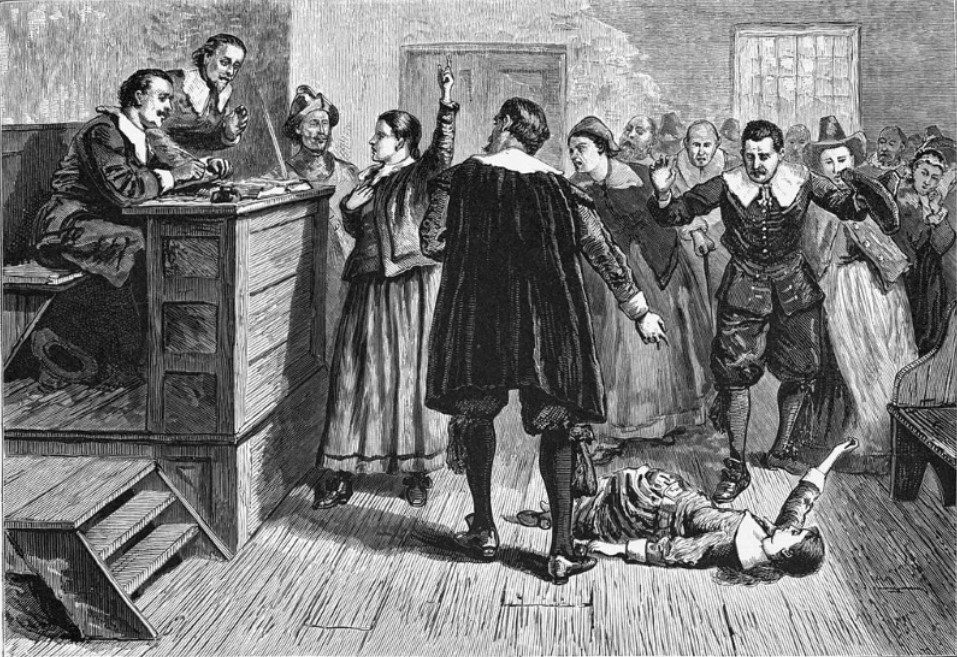 “I am no more a witch than you are a wizard. If you take my life, God will give you blood to drink. ‘ Those were the words Sarah Good uttered before she was hanged in 1692 on charges of witchcraft. She was among the first convicts of Salem’s infamous witch trials in Massachusetts. Sarah’s words turned out to be prophetic. The preacher who interrogated Sarah during the trials was said to have died of internal bleeding for 25 years. He choked on his own blood.

A curse would rest not only on the Kennedy family but also on the princely family Grimaldi. The Grimaldis have ruled the small principality of Monaco, south of France, since 1297. The family’s ancestor, Francesco Grimaldi, ruled Monaco like a tyrant and even sentenced his mistress to death. She reportedly pronounced an everlasting curse on the family: a Grimaldi would never find happiness in his or her life.

The fortunes of the princely family seem to confirm this curse. The wife of Prince Rainier III of Monaco, former actress Grace Kelly, died in a car accident in 1982. Princess Caroline, Rainier’s eldest daughter, had one failed love affair after another. She married 3 times. Only with her 2nd husband, Stefano Casiraghi, she had a good relationship. Casiraghi, however, died in a boating accident in 1990. Youngest daughter Princess Stéphanie also had two stranded marriages and a large number of failed relationships. The love life of Charlotte Casiraghi, Caroline’s daughter, was not exactly over the top.